Get The Private Label Rights To New Shopify Blueprint Videos

Now You Can Brand And Resell For As Your Own For 100% Profits!

With This Private Label Rights Package: 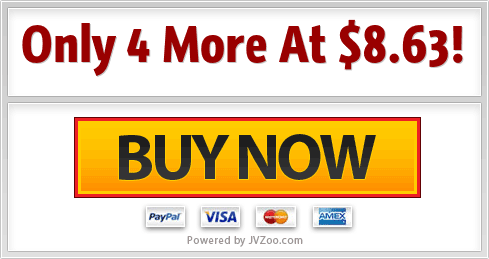 How You Can Have Your Own Hot Selling Product without Writing A Word From Scratch.

From the laptop of Edmund Loh

How would you like to cut the chase and start making a massive online income starting today?

Just ask any successful online marketer who is making $10,000 a month and above and 9 out of 10 of them will tell you they sell their own products! And it's usually for these amazing reasons... Decide how you want to brand, position or sell your product - your imagination is the limit Earn the sale NOW instead of waiting for 30 days to clear your check! Be in full control over your sales funnel and buying process You keep 100% of the sales you make instead of taking just a commission cut, and build your own buyers list You can recruit your own affiliate army to promote YOU!

Unfortunately, for most people creating their own product is 'out of reach'.

For one, it is time and effort consuming... and that's assuming you can write your own book or record your own video.

Yes, you can hire someone else to do it for you... but are you ready to spend thousands of dollars in product creation BEFORE seeing your first dollar back? Few people would.

And say you jump through all these hurdles, if you didn't do your research properly you might wind up creating a product no one is looking for!

That's a costly mistake and no wonder most people take nearly forever just to get started!

That's Why I'm Announcing The Best Solution To Your Product Creation Problems...

I'm Giving You A High Quality, In-Hot-Demand Training Product That You Can Brand, Edit And Resell For 100% Profits! Unless you've been living under the rock, E-Commerce has been growing EXPONENTIALLY in the last several years - and there's no sign of stopping!

In 2017, an estimated 1.66 Billion people worldwide purchase goods online. During the same year, global e-retail sales amounted to a whopping $2.2 Trillion US Dollars...

This is many, many, many times BIGGER than digital marketing - which is valued at only in the Billions in comparison...

But I want to draw your attention to Shopify in particular.

You might have heard of it, but few people know that Shopify was founded rather early in 2004.

However Shopify grew rapidly in recent years due to its development, ease of use and popularity with E-Commerce Vendors.

As of 2017, Shopify has over 600,000 Store Merchants and collectively generated $55 Billion in total sales!

Way I see it, Shopify is the "Wordpress" for E-Commerce vendors - where you can have your own Themes, Apps, and user-friendly customization that makes it a favorite for both beginners and pros alike.

You see where this is going?

I imagine if you sell a Course on Shopify... You're going to get a lot of Customers (because they're already looking for it!)

That's Why We Created This Product...

We recorded a series of 8 training videos on how anyone can start and run their Shopify store profitably.

The total running time is 45 minutes. We've cut the fluff and get straight to the point in these videos.

And Here's The Awesome Part...

I'm Letting You Have The Private Label Rights To These Videos!

What You Get In This Amazing Package You get the video version of this training course, which in itself can be a potential middle or big ticket offer - if you choose to sell it and position it so! It covers everything you need to know to start making big bucks in the eCommerce arena.

You can resell as it is, embed into your membership site OR take one step further by rebranding these videos - your call!

Preview Just One Of The Videos Here Want to edit parts of the main video series in detail? Or get the slides access for your own offline presentation? No problem! You get the Powerpoint Slides in PPT and JPEG format that were used for the entire video series. - Total: 62 Slides

Accompanying the audio and video product is the written transcript. You can do your own voice over simply by following these transcripts. Can be sold as a standalone E-Book or complement the audio/video product.

Component #4: MP3 Audio To The Product

You can include this as part of the product you are selling, add introduction and ending music, or do audio streaming on your website. The audio is professionally done by our hired American voice over artist!

Keep your wallet away from expensive copywriters that charge thousands of dollars… because a professionally written Sales Letter and Thank You Page have already been done for you!

Put your name and order link, slap it up on your website and you can start selling right away!

Furthermore, unlike typical Resale Rights we won’t hold you back on how and what you want to present on your sales page. Here’s another brand new addition not before introduced in our previous Private Label Rights releases: you also get a fully complete sales video ready to go!

How would you like to skyrocket your conversions with the same amount of traffic? This is your answer!

Almost every sophisticated product you come across online today are usually pitched by a commercial sales video. And while videos are getting popular, the thing is that creating your own sales video isn’t easy.

So we took liberty of doing that for you too! And you even get the transcript for this sales video!

You can use the Graphics as it is, although we feel you should take full advantage of the editing rights you get to this entire package. For this, you get the editable rights to the 2D and 3D E-Covers and Website graphics!

You can edit the PSD files in Adobe Photoshop or alternatively GIMP (a free software available to download online) – add your name and URL, change the title, change the colors… it’s totally your choice! Well what’s a report for if you don’t have the means to ‘bribe’ your subscribers right?

You also get my ready-to-go Landing Page - just put in your opt-in form and you are ready to start collecting subscribers and build your opt-in list! This page can be used as an exit page or send traffic here directly!

Designed to be simple, professional and above fold, this page is all it takes to suck in leads like vacuum on steroids!

Component #9: Special Give Away Report with PLR

You get this 16-page Special Report with full Private Label Rights! Like the private label rights to the main Product, you can put your name as the author, rebrand and resell for 100% profits!

The main purpose of this report though, is to use as a Bonus to enhance your offer value OR ‘bribe’ your visitors to join your mailing list from your squeeze page.

This special report makes a fantastic, valuable addon to your main product and business empire! Remember I was telling you about building your list with the squeeze page? Well, what happens after the visitors join your mailing list? They expect to get content emails from you after that - and guess what? This has already been done for you!

Just put these 4 x content emails into your autoresponder and set it to send out DAILY as soon as your subscriber joins your list!

Don’t forget to add your website link in so you can make money and close more sales on the follow-ups!

That's Awesome Stuff! But What Can I Do With This PLR Package?

There are just so many ways you can use the contents of this entire Product to build and upgrade your online business. Here are just some ideas at the top of my mind right now:

And So Much More! Remember...

Now You Too Can Generate A Massive Income Hand Over Fist From This Premium Product In A High Demand Niche! As you probably know, creating your own product is time and effort intensive. We are talking about weeks. . . if not months in product development. Surely you don't want to wait that long to start seeing your first dollar back!

You can consider outsourcing your product creation - but are you willing to spend thousands of dollars upfront?

With this product ready-to-go, you can be in business as early as today and start generating your own fortune... in your name.

For the record, private label licenses like the one you are seeing right now could easily go for $497 and above. But I have no intention of charging anything exorbitant today.

As far price is concerned here it is - you can get everything you see on this page today for just $97. 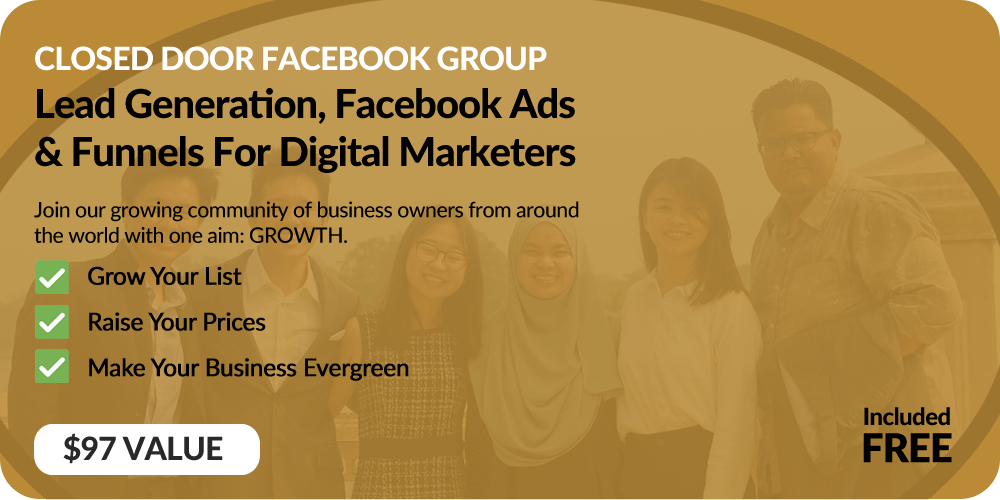 The Best Surprise Saved For The Last...

Remember I was telling you about the price of this PLR package? Well because this is newly launched, I am going to treat you to a MASSIVE discount!

For a limited time only, you can get your instant access to the PLR package and the bonuses you see on this page right now at a price much lower than retail. Q: Can I claim copyright to the contents?

Yes, only if you make substantial changes (50% or more)

Q: Can I translate the contents to another language?

Yes, not a problem!

Q: Can I give away the Private Label Rights / Source Files to my Customers?

No. The license is non-transferable. You can sell to your Customers, but they cannot get the same source files (Word document, PSD files, etc.) anything that is editable.

Q: What programs do I need to edit the files in this Private Label Rights package?

Most of the files can be edited with programs widely available by default in computers today.

Q: Can I use a pen name on the product and not my real name?

Yes, not a problem at all! There are no laws against using alias or pen names.

No. You cannot use or assume my name, identity or my company name in your product and marketing materials.

Q: Do you teach how to use and set up the Private Label Rights package?

Yes, this is covered in our bonus training “PLR Setup Tutorials” which is also found on the same download page.

Q: Is there a guarantee for this product?

Yes, your purchase is covered by our 100% satisfaction or your money back for the next 30 days.

Q: Are there any Upsells?

Yes. Note that they are optional and in no way prevents you from maximizing the use of this PLR package.

Our optional Upgrades are shown only to our Customers. You may choose to take them up or pass.

Q: I am a Customer. I can't access my purchase or don't know how to.

If you are a first time Customer, you will receive an email with your Customer Portal login details to access your purchase.

If you did not get it, check your spam folder just in case.

100% Satisfaction Guaranteed
We stand behind our PLRXtreme products with a 30 day full satisfaction guarantee. We are confident you will love this. If this Private Label Rights package isn't every bit as fantastic as we say it is, write to our support helpdesk, let us know why and we will return your purchase in full. The bonuses are yours to keep. You have absolutely nothing to lose.